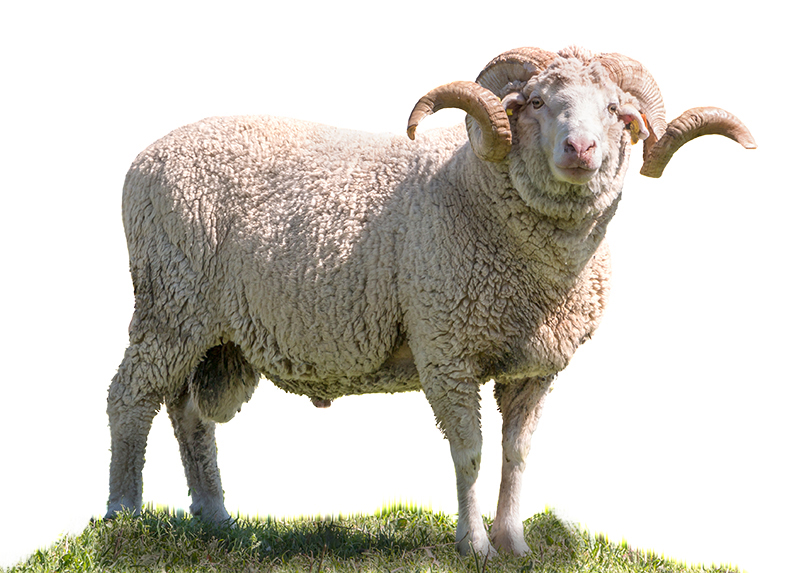 The Merina Branca breed is the most representative autochthonous sheep breed in Portugal. The production of this breed provides quality products to consumers, helps maintaining the population in the less favoured areas of the country and is essential for the preservation of the environment and rural landscape. Internal parasites have a major impact on the sheep industry worldwide.

Treatment costs and production losses may rise due to the expected changes in the environment caused by global warming. Concerns over drug resistance and residues in animal products, residues in soil and restrictions to the use of synthetic dewormers in organic farms, require more sustainable parasite control options. Genetic improvement for resistance to parasites is a crucial strategy in Integrated Parasite Control. The identification of genetic markers of parasite resistance is expected to provide a high-throughput tool to select animals. This novel approach is still rarely used and was never explored in Portuguese sheep.

The primary objective of this project is therefore to identify genetic markers underlying genetic resistance to internal parasites that could be applied in the genetic improvement of the Merina Branca breed. This will be achieved using an innovative approach, based on the recently available Illumina OvineHD Beadchip technology, which allows analysing genetic variation at more than 600.000 SNP in the ovine genome simultaneously.

This project is further an ideal opportunity to study parasite species infecting the Merina Branca breed in different agroclimatic areas and to evaluate anthelmintic resistance of parasite species with major impact on sheep production. 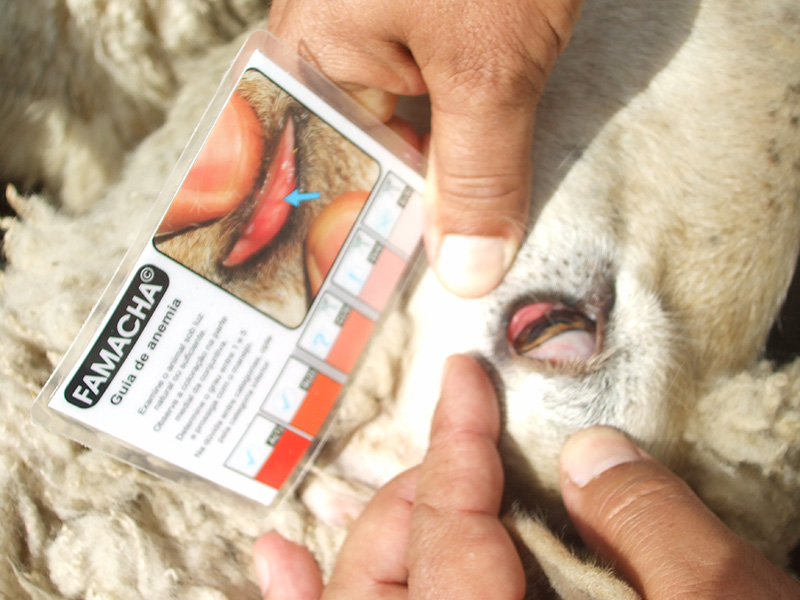 This task involves the collection of field samples and the collation of epidemiological data. A total of 35 farms and 30 animals per farm will be sampled, which will result in 1050 individual samples. Sampling will take into account the geographical distributions of the Merino sheep farms in Portugal, in order to maximize the probability of capturing spatial variation in parasite species distribution. Sampling will be performed during interventions carried out by ANCORME, to avoid additional stress to animals. A sample of approximately 15-20g of faeces will be collected from animals aged between 4 and 12 months into individual sample collection vials and stored refrigerated until processing. Blood samples will be collected by jugular venepuncture into vacutainer and K3EDTA vacuum tubes. All samples will be stored refrigerated until processing. Anemia will be assessed with the FAMACHA© score during sample collection. During farm visits, a questionnaire will be implemented in a direct interview with sheep breeders, in order to obtain important epidemiological information: individual and flock data (sex, age, flock size), management practices (production system, anthelmintics, deworming strategies) and farm productivity. 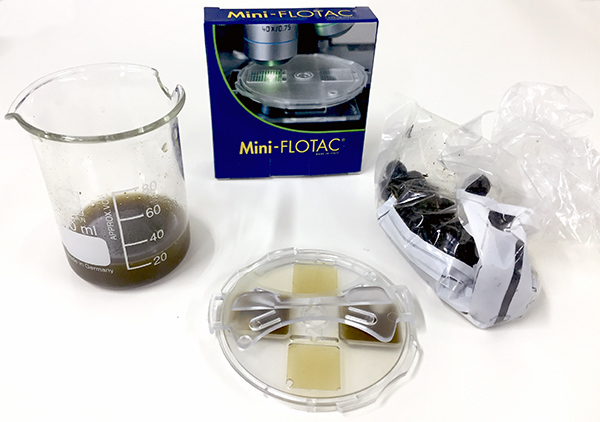 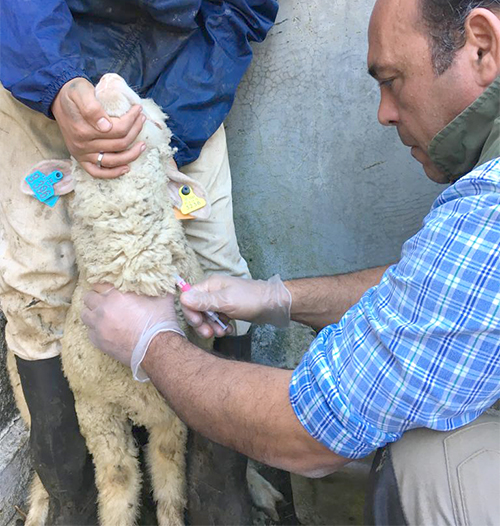 Previous studies have shown that internal parasites cause disturbances to the haemopoietic system and severe damage to the liver and abomasal mucosa, leading to anaemia, lower serum protein and higher hepatic enzyme activities. Several haematological and biochemical parameters have been proposed as indicator traits of resistance but combining various indicator traits may be the more efficient way to determine the resistance or susceptibility status of a particular breed.

In this task, blood samples collected in task 1 will be used to assess a panel of haematological and biochemical parameters which could be linked to resistance to parasites. Haematological parameters will include haemoglobin concentration, packed cell volume, total erythrocyte count, total and differential leucocyte counts, and biochemical parameters will include total serum protein, serum albumin, serum globulin, alkaline phosphatase, alanine amino transferase and aspartate amino transferase. 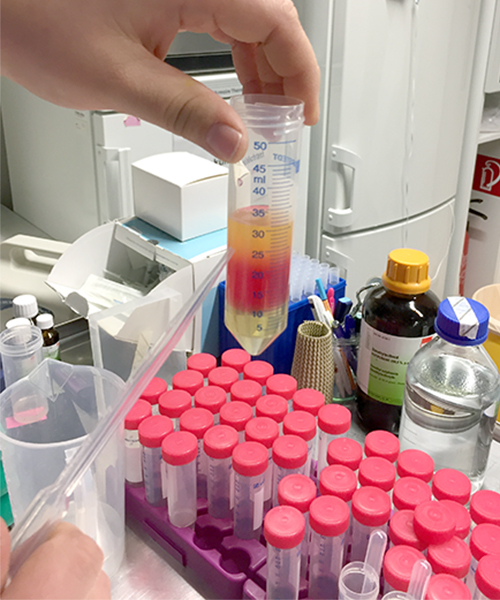 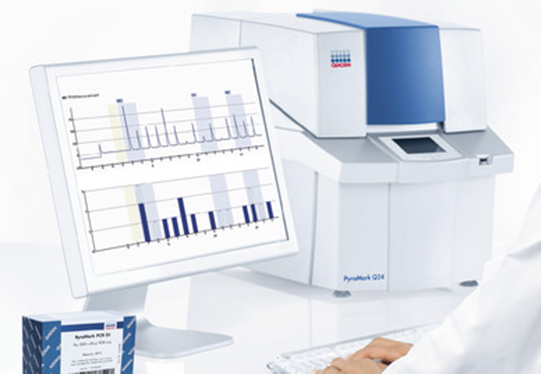 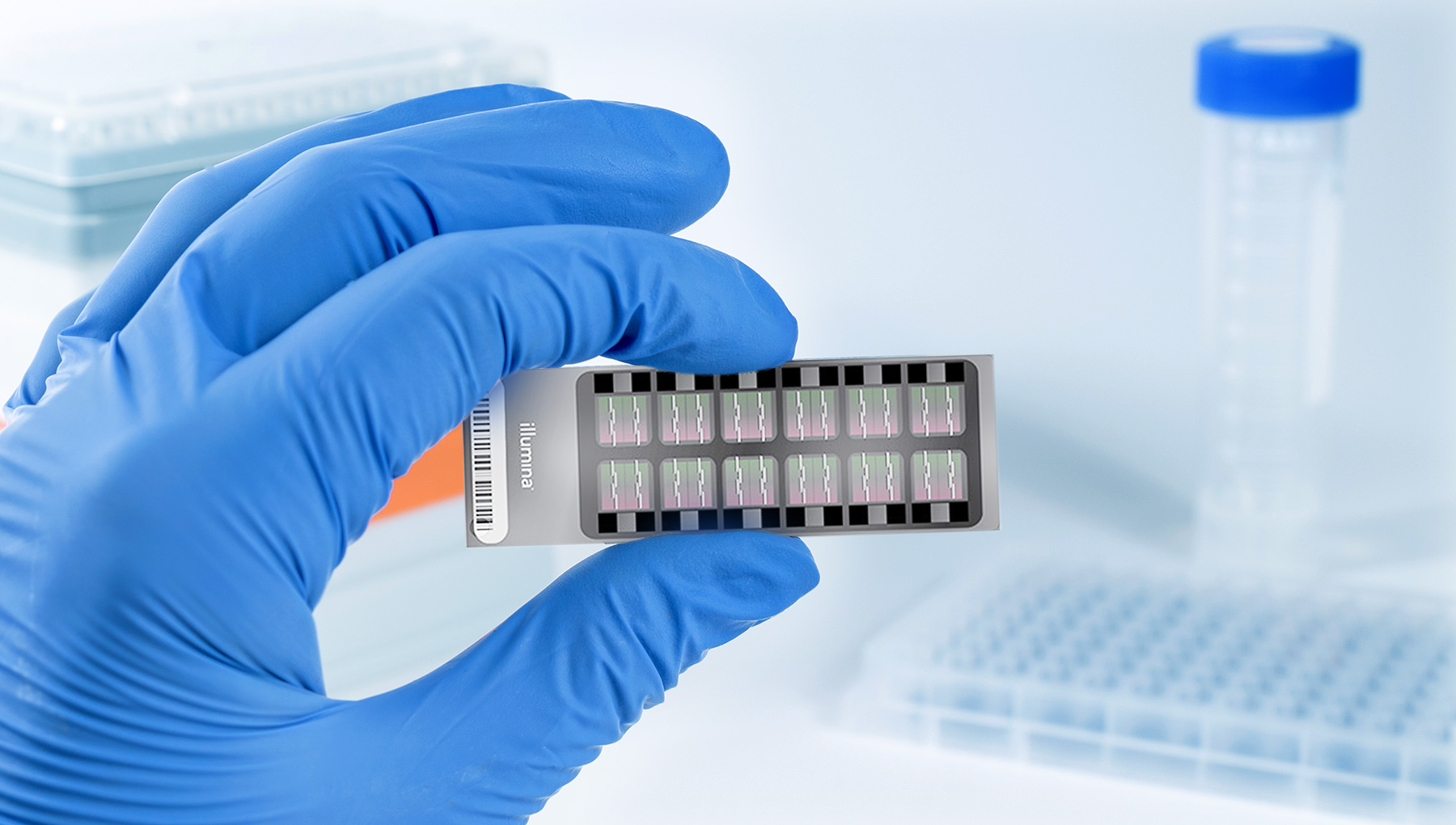 This task will comprise DNA extraction and selective genotyping of a subset of 400 lambs by llumina Ovine HD Beadchip. Animals will be selected based on the statistical analysis of relevant phenotypes ( FEC, FAMACHA©, body weight and hematological and biochemical parameters) to represent the extreme levels of resistance (high and low) to internal parasites. 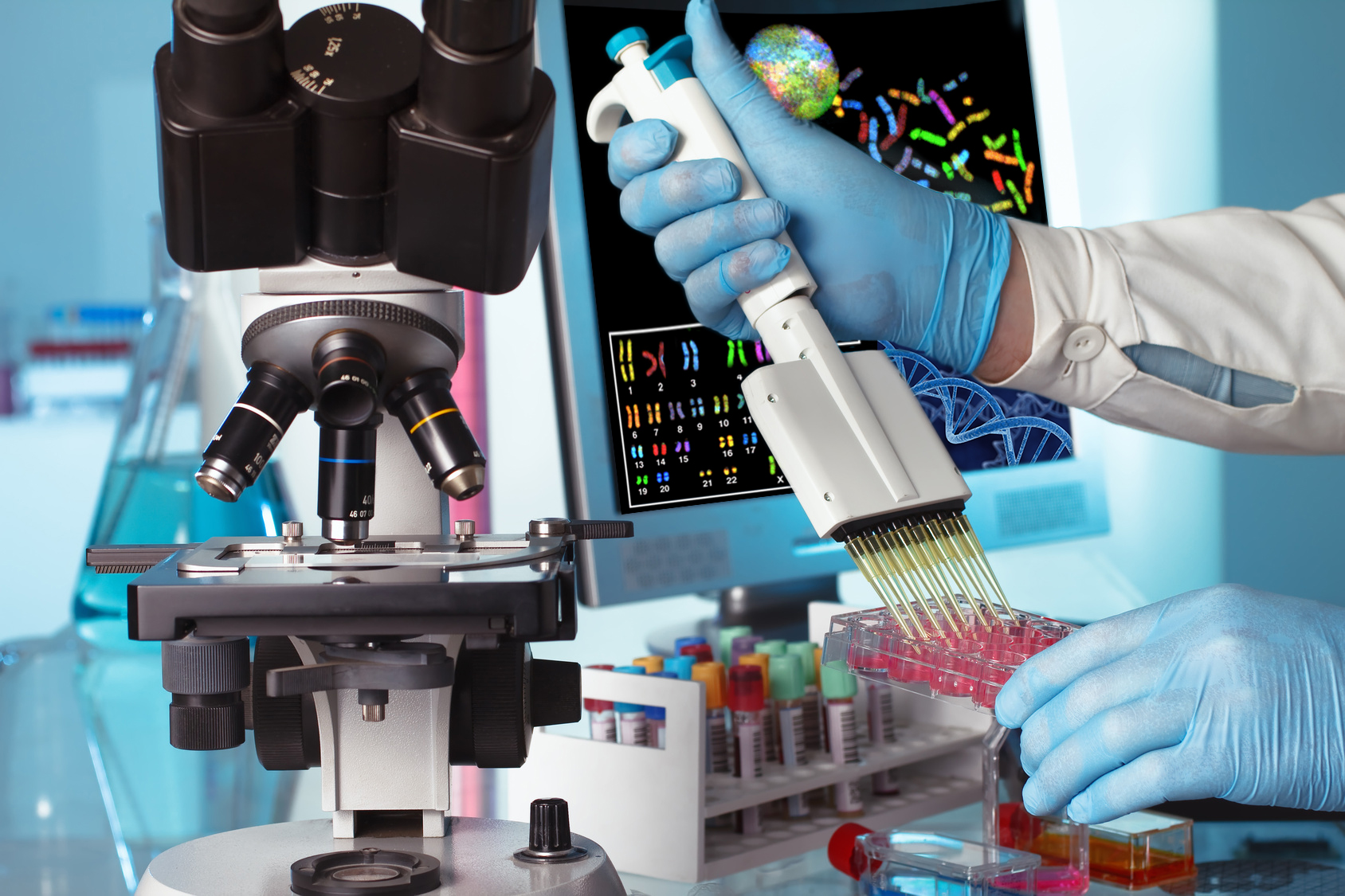 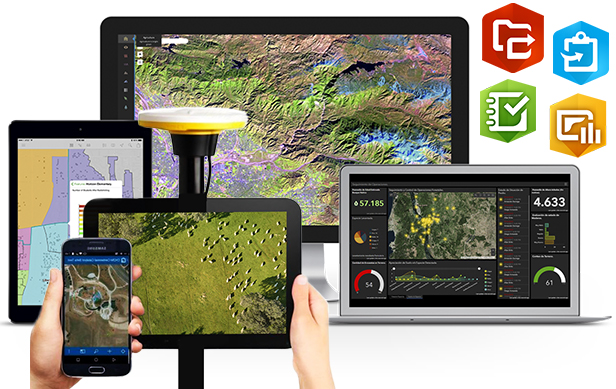 The pattern of infection and reinfection is a dynamic phenomenon that varies with geographic region, soil and climate conditions and the type of production and grazing system used. Parasitic diseases are ideal candidates to apply the latest geolocation technologies, since several parasite species are confined to specific regions, which are characterized by a range of environmental conditions. The knowledge about the epidemiology of parasites, in particular their prevalence, geographic distribution, risk factors at farm level and edaphoclimatic conditions, will allow the spatial modeling of risk zones for internal parasites and help to forecast the best time for the administration of antiparasitic drugs and/or altered management.

In this task, data will be organized in a specific database and analysed using univariate and multivariate techniques, correlation and logistic regression in order to identify risk factors associated with parasitic infection. Geographical data analysis techniques and remote sensed data will be employed, in order to identify environmental factors, which might influence the geographic distribution of the different parasite species. The output of climate-driven models of transmission potential of the main parasite taxa will be used as inputs into the spatial models, providing baseline risk maps.

Dissemination and communication of results

This task will comprise the development, review and update of an annual dissemination and communication plan for the project activities and results, as well as the definition of the responsibilities of each project partner. The project has a wide range of target groups, where the most import groups are: Farmers, farmer producer’s organizations, associations of sheep breeders, veterinary practitioners and other professionals related to the animal production sector, industry, students (veterinary medicine and other areas related to animal production), general public.

The communication strategy will take into account the different needs for information of the various target groups. Communication tools will include physical and electronic dissemination materials.

Institutions involved and members of the research team in this task 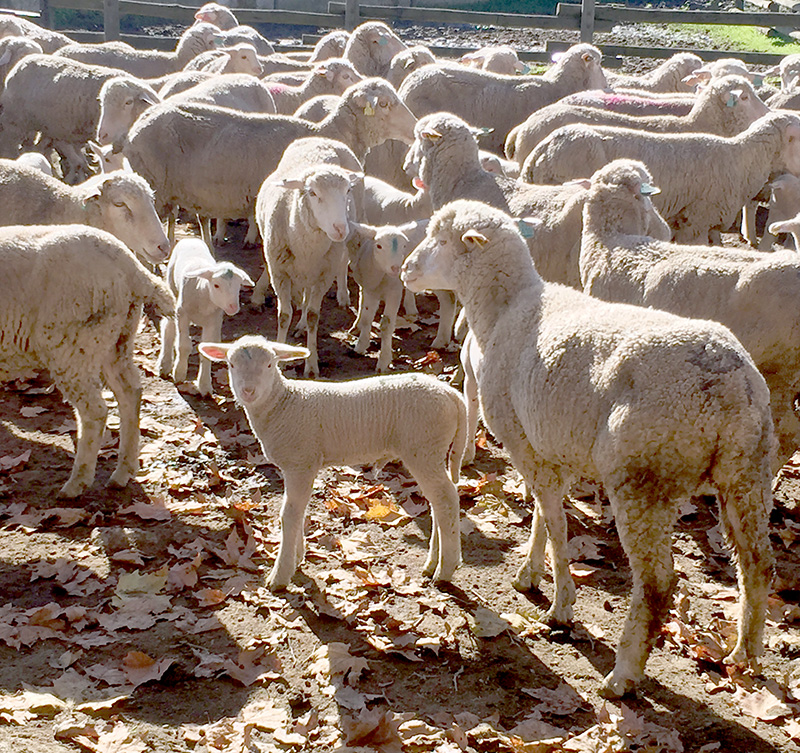 This task will assure the communication of project activities and results to a broad audience, promoting the dialogue between the different target groups and scientific collaboration, thus contributing to the consolidation of the project and improvement of the quality of the research.

Dissemination and communication channels will comprise: 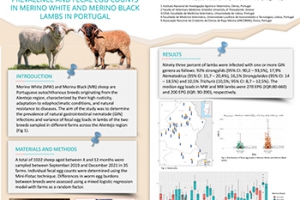 Members of the MERINO PARASITE team were present at the COST-COMBAR conference that took place on Ma... 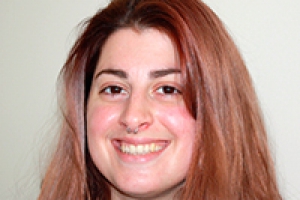 From October 2021 to July 2022 the parasitology laboratory of the National Institute of... 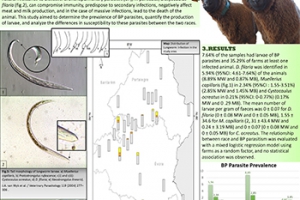 Members of the MERINO PARASITE project team participated in the 13th Journeys of the Muralha de Évor... 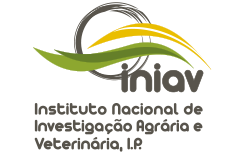 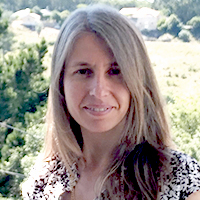 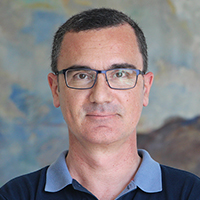 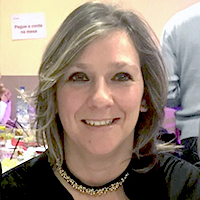 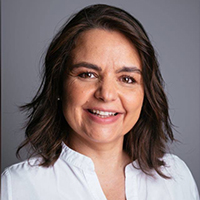 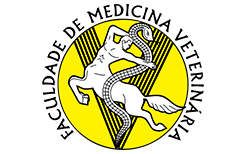 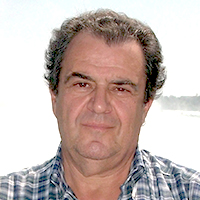 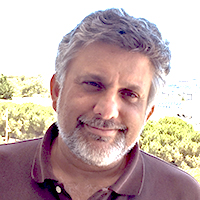 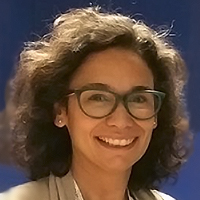 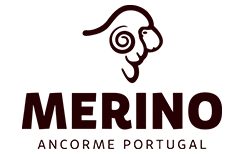 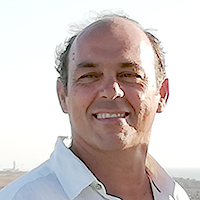 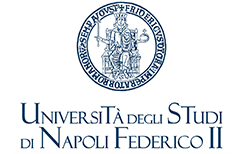